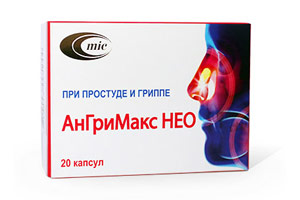 AnGriMax NEO is administered perorally after meal in adults and children after 15 1 capsule 2 or 3 times daily. AnGriMax can be applied at any time a day but the best usage is intake before night sleep.